Last Sunday, to get some fresh air, and a change of scenery – trying to blow away all thoughts of the Coronavirus, even if just for an hour or two – I headed to the 17th Century mansion, Tredegar House in Newport. It is a short drive from Cardiff and is a Grade I listed building is managed by the National Trust.

I have been to the grounds, Tredegar Park, many times. A BBQ was held there when I worked in radio, and I have taken part in the weekly Newport ParkRun which takes place on Saturday mornings at 9am. However, I have never been in the house. For Christmas, I bought Michael (the boyfriend) a membership so we could plan so day trips out together.

Over five hundred years of history

All the way back in the year 2000, John Newman+ described it as, “The grandest and most exuberant country house” In Monmouthshire and one of the “outstanding houses for the Restoration period in the whole of Britain”. Tredegar House was home to the Morgan family, later Lords Tredegar, for over 500 years.

A blue room at Tredegar House 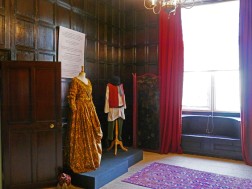 There are so many interesting characters in the Morgan family {Affiliate}, including a decedent Henry Morgan, who is known the world over as the pirate Captain Morgan {Affiliate}. They have been involved at pinnacle points of history, including their elevation of prestige during the Tudor period and taking part in the English Civil War.

In 1854, Godfrey Morgan fought and survived the Charge of the Light Brigade in the Crimean War. His trusty steed, Sir Briggs, also survived and lived at Tredegar House until he died aged 28. The horse was buried with full military honours in the Cedar Garden, where there is now a monument.

Pretending I’m the lady of the manor in Tredegar House 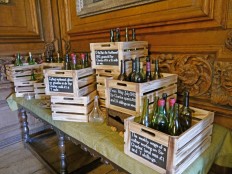 Workers at Tredegar House would have spent hard earnt cash on alcohol. Only a few years later the Temperance movement would start to gain legs. 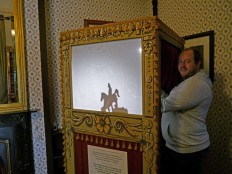 Entertainment at Tredegar House would have been through puppetry and light box shows.

The last Morgan was John Morgan, 6th Baron Tredegar who died in 1962. The house was sold at auction in 1951, and the house was bought by the Catholic Church so it could be a school. It was sold on to Newport Council in 1974. In December 2011, the National Trust signed an agreement to take on the management of the building, as well as the gardens and parklands.

There has been a house on the site since medieval times. Currently, as you wander around the house, the rooms have been set up to tell the story of the Newport Rising. This was the last large-scale rebellion against the authority in Great Britain. In Newport, the movement was led by John Frost, and followers called themselves Chartists in 1838.

Chartism was a national protest, where millions of working-class people signed a petition submitted to parliament. They wanted a vote, with a secret ballot, for every man aged 21 and over. At the time, there was a lot of corruption in politics. You needed to be male, aged over 25 and have an income of over £4000 per year to vote.

The Newport Rising saw nearly 10,000 Chartist sympathisers march on Newport. The men, most of whom were coal miners with homemade arms, were intent on liberating fellow Chartists who had been taken prisoner at Westgate Hotel. Twenty-two demonstrators were killed when troops opened fire on them. The leaders, including John Frost, were convicted of treason and were sentenced to be hung, drawn and quartered. This was later commuted to transportation. 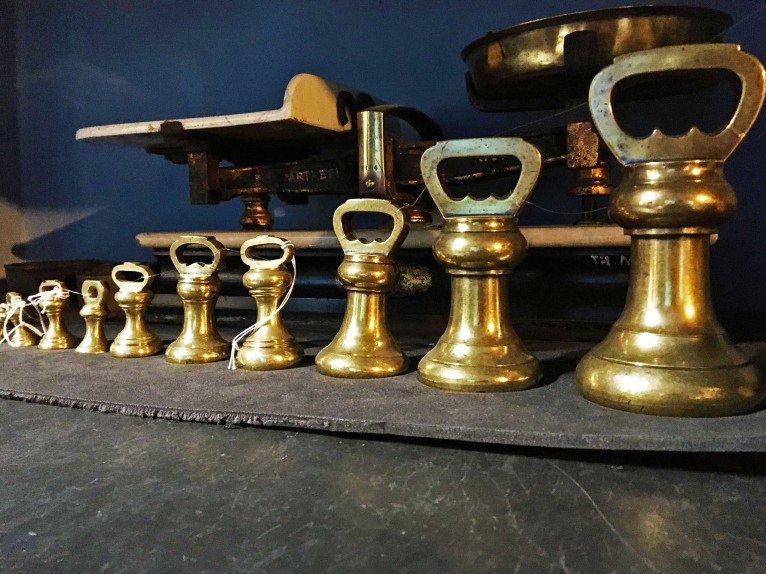 The Newport Rising and The Morgan’s

At the time of the rising, The Morgan’s were one of the most powerful families in South Wales. As the largest landowner in the region, they had a responsibility to tenants. Sir Charles Morgan received a series of letters from John Frost, accusing him of indifference to the lives of his tenants, rebuking him for his frivolous pursuits and highlighting what he considered the corruption, villainy and cruelty of Sir Charles’ land agent, Thomas Prothero. When exploring the house, you can see Chartists posters and trial documents on loan from the National Library of Wales and Newport Museum.

“You have, Sir Charles, on various occasions, declared that it would give you pleasure to promote the inhabitants of Newport. This was a wise determination; for, as the greater part of the town belongs to you, in promoting the welfare of the inhabitants, you serve yourself.” John Frost

Walk in the Morgan’s footsteps

There are three gardens within the house walls. As you enter the Tredegar House, the first garden you walk through is the Orchard Garden. As you wander through alongside the trees and brightly coloured flowers is a pinery. According to the sign, this is a vinery that was built in 1791 by John Morgan. The pipes heated the building so that exotic plants and fruits could grow.

The next garden you enter is the Cedar Garden, dominated by a huge tree. It is a Cedar of Lebanon, which is an evergreen conifer and native to the Eastern Mediterranean basin and is 250 years old. (I had to google this, as I have no idea about trees, plants or flowers!) At the heart of this garden is the tribute to Sir Briggs, as previously mentioned. The Morgan family were animal lovers, and there are also headstones dedicated to the families beloved dogs Peeps, Friday and Barry.

The Orangery is the final garden. It is my favourite of the three and is the smallest. It has the most beautiful, intricate patterns. The surfaces are covered with a collection of different coloured minerals. In the Orangery, itself are fruit trees that have been growing since the 18th Century. In the 1930s, Evan Morgan used it to house his exotic birds.

Even if visiting Tredegar House isn’t your thing, a winter walk or summer stroll around Tredegar Park will be enjoyable. Bring a picnic and enjoy the large sweeping lawns, or let your children or dog run around. There is also a playpark to keep youngsters entertained. Runners, couples and those who want to stretch their legs can follow the path around the lake, which is home to swans, herons and of course ducks.

The Morning Room at Tredegar House 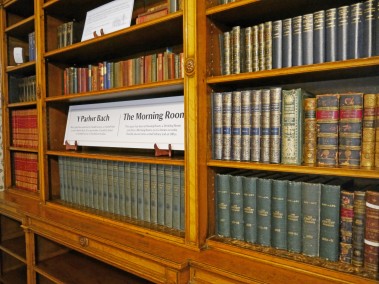 The Morning Room at Tredegar House

I pay £10 per month for a joint membership, which gives us entry to all National Trust properties. It also entitles us to free parking at sites too. There are options for single and family memberships too. Don’t forget to go through Top Cashback {Affiliate}. Currently, they are offering 3% back on what you spend.

Hiking at Ystradfellte in the Brecon Beacons

My name is Katrina, a 30 something-year-old born and raised in the capital Cardiff, South Wales. I started blogging and writing Real Girls Wobble as an outlet for me to document my life, thoughts and feelings. Luckily along the way, others have found me and enjoy following my life journey. Where does the wobble come from? Everyone has moments where they need to think through a decision, however big or small, and the reality of it. View all posts by Katrina - Real Girls Wobble | Blogger